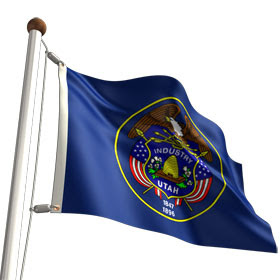 The Transcript-Bulletin contacted me for a local Democratic response to the Governor’s address last month. They didn’t have enough space to cover all that I gave them, so I’m posting them here.

Economy: We may have only 7.5% unemployment, but many, many more are underemployed, and these go not only unreported, but reported as “job starts” that make it seem like our economy is doing better than it is. On a household-by-household basis, underemployed families are likely to cause more long-term problems (in our children’s health and education, especially) than any other state-level economic concern.

Education: is always the state’s number one priority, not only in dollars spent but in legislative time spent trying to “fix” it. The fact is that Utah has a high child population. This will continue to be the case for generations to come. Our workforce is likewise young and inexperienced, meaning lower-paying jobs, regardless of the Governor’s vision of more post-secondary degrees, and less property and sales taxes collected to fund our children’s education. Because of this, Utah is dependent on federal education dollars and has been for the better part of the last century and will be for the foreseeable future. Utahns need to come to grips with the fact that in order to capitalize on our education “investment,” we need to either export our educated children or bring more higher-paying jobs into the state–and this will probably cost more in infrastructure and pollution.

Energy: It sounds as though Gov. Herbert is putting his full support behind the coal industry, at the same time the federal government is poised to give out billions in federal support everywhere else. It’s true, we do enjoy typically lower energy costs because of our mineral resources, but those resources will not last forever, and their deleterious health effects have now spread not just to the Cache valley, but over into Tooele valley as well. More work needs to be done to educate our adults on the need for conservation. Our overuse of fossil fuels–and energy in general–will make fossils of us all. On this point, both the Governor, President, and I agree: while it’s a hot-button topic, especially among some of our downwinders, I do believe that Utah has the resources and capability to implement nuclear energy production safely and that it has the capability to reduce our smog and continue our energy independence without breaking the bank.

Healthcare: As Rep. Menlove knows, we have nearly 1 out of every 5 citizens of our state enrolled in Medicaid and CHIP. These are people, like myself, who work full-time but don’t have access to decent health insurance, are disabled and cannot work, or are children whose parents fit into one of the above categories. According to the Kaiser Family Foundation, only 2/3 of those eligible for Medicaid applied in 2008 (the most recent year for which data is available), meaning that, if everyone who was eligible did enroll, those numbers would climb to 1/3 of the state’s population. As with education, federal monies come into Utah–though at a lower percentage than in the past, because Utah’s government wants to be “self-reliant,” which means the poor, the working poor, and the disabled poor will continue to receive substandard healthcare, while the middle class pay more than 15% of their income just to stay out of that statistic. And then the governor says we’re going to stay out of the federal healthcare overhaul by relying on our own high-risk medical pools which are too expensive for anyone who needs them to access–those who are using them now are literally “going poor” to try to avoid bankruptcy. Meanwhile, our providers are paid pennies compared to what insurance companies pay out, and more of them are rejecting poor patients outright rather than face bankruptcy themselves. This is nonsense and needs to stop. Utah’s population is too small of a group for insurance companies to give decent coverage or rates. If the entire state were on a single group policy, we’d be IBM, and it would require a significant subsidy on the state’s part (higher taxes, on top of individual premiums) to afford IBM’s insurance plan. Federal Medicare may cover our elderly–as long as we can keep it funded–but we can’t keep it funded if our workforce is disabled and dying. All of our spending and efforts in Education are useless if our children are too sick to go to school; if their parents are too overburdened, working 80 hour weeks with low-paying jobs, to participate in their education. The nonsense must stop, and Utah, as well as the rest of the Western states (with low populations) needs to get on board with the federal plan or face rising insurance and Medicaid costs, increased unpaid emergency room usage for the smallest things, and ultimately an across-the-board decrease in the quality and availability of healthcare.

Immigration: I maintain this is a federal issue; Utah’s federal delegation, including our elder statesman, Orrin Hatch, should sponsor legislation in Washington that will provide for the principles of the DREAM Act–Hatch’s own idea!–and provide a way for illegal immigrants to become legal immigrants–a way that doesn’t reward only the wealthy, but rewards the industrious and the educated. We need a guest worker program as has been brought up time and again. We need to lean on employers who have been skirting tax laws for years by employing these people “under the table” to clean up their act. Inasmuch as our higher education facilities already require it, we should focus some education attention on bilingual education. English may be our primary language, but if we are to be a global economic force, we need to expand our horizons, and break down language barriers. Utah, of all states, should be most multilingual, most accepting of outsiders, and that will better position us for future positions of financial, governmental, and educational success.

I’m glad that on some points—education, energy, we agree. But I hope that in the mad rush to be “politically relevant,” we don’t lose sight of what makes us “Utahns.”

Posted in Editorial/Opinion
Scroll To Top